There are many more good things to see and do in this beautiful province of Spain, but we have decided to go a beet deeper on our top three best places of interest in Alicante. Castles, Islands and a wonderful modern city are the three different sides of the region that we would like to present to you.

3.- The Castle of Santa Bárbara

You will have to climb up the top of Mount Benacantil to find the castle. This means a height of 166 meters. But, once you reach the top, you will enjoy some astonishing views of the marina and the city.  The origin of the castle dates from the late ninth century, at the time of Muslim rule.

Legend has it that, at the time of Arab domination, the Caliph of the city of Alicante had a daughter with several suitors. Among them all, two, Almanzor and Ali stood out. The father decided to propose a test to decide which one would marry his daughter. On one hand, Almanzor travelled to India in search of silks and spices. Meanwhile, Ali decided to create a ditch to bring water from Tibi. He was not very successful, as he dedicated most of his time to woo the princess.

When Almanzor returned to Alicante, the Caliph decided to grant him the hand of his daughter. Nevertheless, the princess and Ali had fallen in love. Ali could not bear to lose his beloved. Therefore, he decided to jump down the ravine of Mount Benacantil. Afterwards, when the princess found out what happened, decided to follow him down the ravine. Lastly, the Caliph died of sadness.  Legend has it that when the Caliph died, his sad face was engraved on the side of the mountain, forming the silhouette known as “the Face of the Moor“.

This walk communicates the Postiguet Beach with the Canalejas Park and is just opposite the Paseo del Puerto.

On the tour, you can see one of the most representative buildings in the city, the Carbonell house. Again, a legend tells us a very nice story about it. Accordingly, Enrique Carbonell, a businessman from Alcoy, would have wanted to move to Alicante. But on one of his trips to the capital, he arrived at the luxurious Palace Hotel where he intended to stay. Due to his poor appearance (he had suffered an accident and was, apparently, very dirty), he was denied a room. Such was the anger of Carbonell, that ordered the construction of a luxurious house that would eclipse the Hotel Palace.

Tabarca is an island located 22km from Alicante and 8km from the Port of Santa Pola. This island of 0.3km² is the largest in the entire Valencian Community and the only inhabited one (around 60 people live there). That´s one of the reason why we have included it in our list of places of interest in Alicante.

Tabarca is a marine reserve, so if you are passionate about diving, do not forget to take the mask and snorkel.

To get here from Alicante you will have to take a boat in the Marina of Alicante. The ticket is around €19 (round trip) and lasts about 50 minutes.

This is our podium of places of interest in Alicante, but, as we said at the beginning of the article, there is much more to see and do around the city. For example, we have not mentioned any of the beaches of the area. Have a close look at our web page and find the kind of trip to Alicante you would like to make. We are specialists in Spain and guarantee a very special approach to any place you would like to visit. 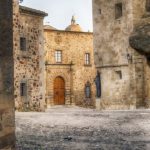 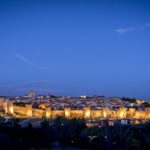