Only 46 Kms away from Barcelona town, along its north coast , we find The Castle of Santa Florentina, an 11th-century medieval castle in Canet de Mar, Catalonia, Spain.

It was built on the foundations of an Ancient Roman villa by Guadimir de Canet (born 1024). In 1908, it hosted King Alfonso XIII, who gave the castle’s owner Ramon de Montaner i Vila, the title of count of Canet. The magazine Architectural Digest covered the castle as among the “most beautiful houses in the world” in 1998, on account of its harmonious fusion of Gothic and Modernist designs.

The castle is listed as a cultural heritage monument (Bien de Interés Cultural). It is private property and hosts a museum that can be visited by appointment, as well as a yearly festival of classical music. Among the museum collections are many works by Catalan artists dating back to the early 20th century.

In 2015, the castle was selected as a setting as Horn Hill, the seat of House Tarly in season 6, episode 6, from the HBO series “Game of Thrones”. Fantastic getaway for groups to relive the adventures of Lord Tarly and bulk of shooting.

It is also an incomparable framework for study groups, MICE. Iberinbound, incoming travel agency in Barcelona, Incoming Agentour Spezialist in Spanien und Portugal, iberinbound@iberinbound.com .We are a leading incoming travel agency for Student and Educational Tours providing tailor-made trips at lowest rates. Thanks to our long experience, we have special rates for accommodation and visits for students groups. Each year hundreds of students are travelling with us. 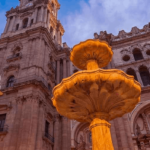 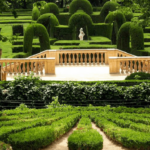