Leaning out to the Atlantic Ocean, the Algarve, is the most southern and developed region in Portugal.

Algarve is the most visited province in Portugal and one of the main tourist destinations in continental Portugal, to the point that some of the local newspapers have an English language edition.

Algarve also owns marshes, and several islands and islets. The coast stands out for its caves and open caves in the limestone rock, especially around Lagos, which are accessible by boat, which makes Algarve not only a beach destination, but also to explore the whims that the ocean and their tides have formed over time.
Its most famous beaches such as Albufeira, Quarteira, Vilamoura, Praia da Rocha, Lagos, Armação de Pêra, Alvor, Monte Gordo, Tavira and Sagres.

Inland, the relief of the Algarve is characterized by the gentle hills crossed by valleys, being its maximum height the peak of Fóia with 902 meters above sea level.

The mountain range constitutes a barrier for the passage of cold winds from the north and the depression of the northwest, contributing to the existence of a Mediterranean climate on the Algarve coast, with low annual rainfall and mild temperatures in winter. Algarve is a destination to visit throughout the year.

The Algarve is famous for its pottery and ceramics, particularly hand-painted pottery and azulejos, which are painted, tin-glazed ceramic tiles.

Golf lovers enjoy the various existing resorts in the region, for example the De Castro Marim golf course, which hosted the final of the Capital Cup tournament by Footgolf, one of the most prestigious tournaments in the World.

An excursion that should be almost obligatory from Algarve, is the visit of the Azorean Islands (Açores), accessible by sea, which completes the amazing feeling of being in the middle of nowhere in the Atlantic Ocean,  exploring the inland natural waterfalls and amazing colours of its original forests.

Due to the marine influence, The Azorean Islands enjoy temperatures remaining mild year-round. Iberinbound is a leisure incoming travel agency, specialized in Spain and Portugal,  iberinbound@iberinbound.com . Algarve and its surroundings is full of possibilities and we can create a perfect combination of adventure, nature and culture for your vacation.

The culture, dialect, cuisine, and traditions of the Azorean islands vary considerably, because these once-uninhabited and remote islands were settled sporadically over a span of two centuries. 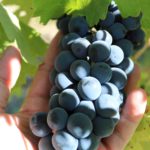 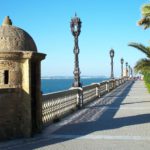