Córdoba is a Spanish city in Andalusia, located in a depression on the banks of the Guadalquivir River and at the foot of the Sierra Morena mountain range.

The town of the seven bridges had its peak  during the Muslim domination of the Iberian Peninsula, when it rose as the capital of the Emirate of Cordoba.

Córdoba is currently the city with the most Unesco World Heritage titles in the world.
In 1984, the Mosque-Cathedral of Córdoba was included in the reputed list, a statement that a decade later would extend to the entire historic center.

The Fiesta de los Patios Cordobeses was designated Intangible Cultural Heritage of Humanity in December 2012 and in July 2018 the palatine city of Medina Azahara, on the outskirts of the urban core, was also declared a World Heritage Site.

It was the birthplace of three great philosophers: the Stoic Roman Seneca, the Muslim Averroes and the Jewish Maimonides. Also the painter Julio Romero de Torres was born in Cordoba, among many others. That’s why Córdoba is also called the town of the three religions.

The jewelry industry has had a very strong presence in Córdoba since the 16th century.

Today, Córdoba is the ninth place in the ranking of most tourist cities in Spain.

Iberinbound Travel is a bespoke incoming travel agency for groups to organize this trip, iberinbound@iberinbound.com, so that you can know in depth all the hidden treasures in this magical city, whose cuisine keeps the influence of the three cultures in a wonderful combination. 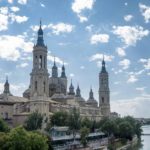 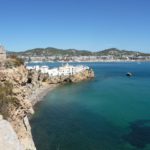