If you are planning a cultural visit in Extremadura, you might get a bit overwhelmed by its wide range of possibilities. The Historical and Artistic Heritage of Extremadura includes elements from the prehistoric era to the culture and art of the Roman Empire. From the Hispano-Visigothic legacy to the Muslim culture. From the Christian culture that flourished after the Reconquest to the Romanesque and the Mudéjar inherited from the Arabs. A whole travel though the Spanish culture can be enjoyed without leaving this region.

This complex incorporates 41 dolmens, mostly granite, and it is one of the most important in Europe in its category. Some of the most renowned dolmens are the Mellizo, the Cajirón I and II and the Data I and II dolmens, all near the Aceña de la Borrega.

Visit the Interpretation Center of the Dolmen Culture. You will find it in Santiago de Alcántara. It has has a lot of documentation on the dolmens of the area. It is a modern building that imitates the structure of a corridor dolmen. The facilities are underground and covered by a mound of earth.

The Roman Empire as per a cultural visit in Extremadura

The territory that now forms Extremadura belonged to the province of Rome known as Lusitania. Back then, its main city was Emerita Augusta, now known as Mérida. The Romans left an impressive historical and cultural legacy. But if you only have a few days, focus your cultural visit in Extremadura on Mérida. The concentration of Roman monuments and the beauty and state of conservation of them is worth spending several days in this beautiful city.

Emerita Augusta was one of the most important cities of Roman Hispania. Its foundation began in the year 25 a.C. in a strategic point of the Anas River (Guadiana). Mérida is a real time tunnel that takes visitors to the Roman era.

Among the most representative monuments of Mérida, we would like to remark the Merida Roman Theater. A very well preserved Theater that, even today, the locals use for the same purposes it was built for. Very close to it, you can top up your cultural visit in Extremadura with a glimpse at the National Museum of Roman Art (MNAR)

This is the most important temple of the late Romanesque of Extremadura. The reason being that its structure reflects the transition from Romanesque to Gothic.
Its construction began in the 13th century and ended in the 14th century. Later on, at the end of the 15th century, a partial destruction of the Old Cathedral was carried out to build a larger cathedral to replace it. Fortunately, an important part of the primitive cathedral was saved, including the cloister and the chapter house.
The front facade of the Old Cathedral is Romanesque. On the inside, the pillars of the columns and the capitals are also of Romanesque style. On the other hand, the pointed arches and the large windows are clear examples of the Gothic style.
Have a look at Iberinbound and you will find many more places to complete your cultural visit to Extremadura. Also, to get a deeper knowledge of Spain. Contact us and we will take you to a country you would have never expected.
Recent Posts 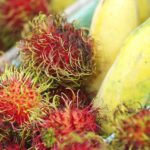 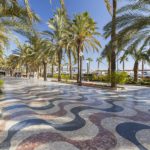