Barcelona, ​​known worldwide as a cosmopolitan and eminently tourist city, also has a face that is not so well known. The Jewish Quarter, known as the Call. (From the Hebrew Kahal, which means community).

The Jews must have arrived in Barcino (Barcelona) shortly after the founding of the Roman colony. Historians claim that vestiges of Jewish culture are known much earlier, but that they settled mostly since the second century since the Romans granted the Jews the category of „first-class citizens,“ which was like a calling voice . The port gave occasion to the commercial exchange with Fenicia and they had to be maintained in times of the Visigoths and in Carolingian times their presence already appears well documented. Towards the end of the 11th century, the Call neighborhood was already delimited and its population grouped.

The Jewish community of Barcelona was the most important and numerous in Catalonia and the entire Crown of Aragon. In Barcelona, ​​until 1392, they represented 80% of the total population. Some members of the Jewish elite held important positions in court, as doctors or administrators, while in the community they highlighted some personalities such as Hasday Cresques (approximately 1340-1411), considered the most important medieval Jewish philosopher after Maimonides.

The population growth formed a very dense neighborhood, with narrow streets, so in 1257 the Call Menor was created. Barcelona became one of the few cities in Europe with two Jewish neighborhoods. Outside the city, on the mountain of Montjuïc, the Jewish cemetery was located. The quiver of Barcelona was assaulted during the terrible anti-Jewish revolt of 1391 and its inhabitants were killed or forced to convert to Christianity. It was the appearance of the converts. In 1478 many decided to leave when the new Inquisition was implanted.

The style of the area, today, is very similar to that of many Jewish neighborhoods in Catalonia. A few years ago an ancient synagogue was discovered, „The Major Synagogue“, of which Great Rabbi was the savant Shlomo Ben Adret, dating from the 3rd Roman century. Its greatest attraction is authenticity, since it is a meter and a half below the current street level. It has been restored and open to the public. There were up to 5 synagogues between the two Jewish neighborhoods that were never closed or walled. The Jews of Barcelona lived in community with the rest of the population.

In the back of one of the shops of the Call District, you can still admire the remains of an ancient Mikveh (ritual bath), belonging to what was called the French Synagogue, built from the growing arrival of Jews from France from where they were expelled by the Medieval Inquisition from which all the others derive, it was founded in 1184 in the Languedoc area (in the south of France) to combat the heresy of the Cathars or Albigenses, which in 1249, was also implanted in the kingdom of Aragon (it was the first state Inquisition).

In another of the shops of the neighborhood, you can also visit the vestiges of the first wall of Barcino, built by the Romans in the 1st century BC. C. It had few towers, only at the angles and at the gates of the walled perimeter. The first incursions of francs and Alamani from the 250s raised the need to reinforce the walls. Under the mandate in the empire, already decadent, of Claudius II, Barcino begins the construction of better fortifications between the years 270 and 300.

Did you know why the narrow streets of the Barrio del Call? The reason is that Barcino (Barcelona) developed very quickly and the Romans had to plan both the construction of buildings and the width of the streets. The streets of that time have exactly 5 centurion steps (One centurion was the head of a century : a militia of the Roman Empire composed of one hundred soldiers).

This and many more curiosities, secrets and history of this interesting neighborhood can be offered to your group by the hand of Iberinbound, iberinbound@iberinbound.com incoming travel agency in Barcelona, ​​specialized in Educations group tours, ad-hoc groups, Shorex. We are a leading incoming travel agency for Student and Educational Tours providing tailor-made trips. Moreover, we have designed a large range of programs and study visits especially for our groups. All our tours are tailor-made to each School, High School or University group’s requirements. We believe that educational travel is an opportunity for students and an unforgettable experience. Our mission is that our groups enjoy their trip and learn about culture, history, art, geography, the industry, and last but not least life. 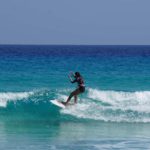 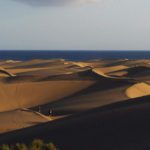