Segovia, located in the heart of Castilla y Leon, has some of the best cuisine in Spain. It is impossible to visit without trying some of it’s more famous specialities. Here, we count down the top three dishes of Segovia that you must try!

Cochinillo, one of the best dishes of Segovia

Cochinillo is simple, effective and one of the most delicious dishes of Segovia you can ever try. It consists of a roast suckling pig, cooked in an oven specially made for this purpose. The piglets themselves should be small, weighing between four and five kilograms. Their diet should consist only of milk and they should never be more than three weeks old. The pigs should also be from a specific breed and the mother will also have strict requirements. These rules have been safeguarded as tradition for centuries and are essential for providing the best cochinillo. The pig is roasted and then served whole, without the need for sauces and condiments. It is also served alone, without side dishes to really enhance the flavor. The skin is deliciously crispy and the meat is so tender that it evaporates in your mouth. In fact, chefs regularly compete to see who can cook the tenderest cochinillo and it is a real source of pride. Indeed, the tradition in Segovia is that the meat should be so soft that it is possible to cut with a plate. In many traditional restaurants in the town, you can see this occur quite frequently.

Along a similar vein to cochinillo is it’s counterpart, lechazo asado. Or more commonly known as leg of lamb. The leg itself is cooked in a wood-fired clay oven (most typically) for around three and a half hours. This ensures that the meat is extremely delicate, tender and that it slides off the bone. Again, in order to preserve the flavour, the lamb is usually served without condiments or side dishes. However, in some restaurants, you may find that it is accompanied with potatoes, fries or a salad. Lamb was originally one of the more famous dishes in Segovia, until sucking pig became more popular. However, that is not to say that the lamb has lesser quality or taste. In fact, it is just as good as cochinillo and must be tried at least once. Lamb has a longer tradition than cochinillo, as it was originally served thanks to the nomadic shepherds who travelled from the Muslim south. Nowadays, it remains one of the most famous and traditional dishes of Segovia.

These beans are famous throughout the Segovia region, hailing from a small town outside of the provincial capital, La Granja. They are large, white and are often served in menus de degustación (or tasting menus) throughout Segovia. The beans themselves are often incorporated into stews or vegetable dishes. The sauce which accompanies them is what is known as a sofrito, which is essentially tomatoes, onions, carrots and paprika fried together over a low heat. This sauce appears in other regional dishes, and is often the base to many stews. Another accompaniment is chorizo or hueso de jamon, which is the bone from a leg of cured Spanish ham. The flavours combine with the beans to create a perfect, autumnal dish that will keep you warm during the colder months. These beans are often served before the roasted meat main courses, as an entrante. However, in some restaurants, you can order a full plate as a main course. Keeping in tune with local tradition, judiones de la Granja is one of the most delicious dishes in Segovia that you can find. 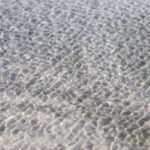