Formentera is the smallest inhabited island in the Balearic Islands (83.2 km2), Mallorca is the largest of them and the best known as well.

Formentera, has a peculiar cropped shape that makes it have a large stretch of coastline (69 km) composed of numerous beaches and coves in addition to curious coastal corners.

Next to Ibiza it forms the Pitiusas Islands, separated by only 2 nautical miles (about 3 km).

It has a very flat profile in which its highest point is sa Talaïassa, on the Mola plateau, only 192 meters above sea level.

It is an accessible and comfortable island. We can travel it mostly by bicycle through its green routes, in addition to its rural interior where we will find villages of authentic Mediterranean essence. In addition to the bicycle, we can also use motor vehicles to easily move in its small road network. Its main artery  crosses the island from east to west between the port of La Savina and the lighthouse of La Mola, separated by what is the largest length of the island, just under 20 km.

To access the island we can only do it by boat and,  from Ibiza which serves as a connection with Formentera and the rest of the world, since from Ibiza to Formentera the boat trip takes about 35 minutes.

From the moment we go ashore in Formentera we can breathe that air of calm so characteristic and immediately we will be captivated by its people, its unique atmosphere and its waters, unique for its transparency and turquoise color that evoke tropical latitudes.

The Faro de la Mola has become one of the biggest attractions of the island, literally located on the edge of a cliff and with fabulous views of the sea. Lovers of natural landscapes, and photography, can go to this point to admire how the sun rised by the sea. Mediterranean colors of the sky and water at dawn are simply spectacular.

Just a few meters offshore at the most northern point of Formentera,  will find Espalmador, visited in the main by luxury yachts’ owners on a day trip from Ibiza. Iberinbound, incoming travel agency in Formentera, iberinbound@iberinbound.com, will convert your stay in the stuff of dreams. 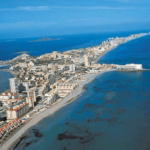 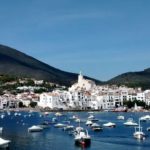