There are three essential places to visit when spending a day shopping in Puerto del Rosario, Fuerteventura’s capital, located on the Canary Islands.
Firstly, the traffic-free street of Primero de Mayo offers a pleasant environment to walk around; León y Castillo, the main shopping street, is home to shops for all tastes and finally the Las Rotondas shopping centre offers all the latest trends. Do some shopping in the city’s peaceful centre and whilst there discover the sculpture route, dotted around its corners and squares.

But Fuerteventura is not only about shopping. Is a delicious island.

The summer Trade Winds and winter swells of the Atlantic make this a year-round surfers’ paradise, with more exposed areas on the north and west shores such as Corralejo and El Cotillo proving most popular. Wind surfing takes places at locations around the island. Sailors, scuba divers and big-game fishermen are all drawn to these clear blue Atlantic waters where whales, dolphins, marlin and turtles are all common sights. With many hills present throughout the Island, hikers are also attracted to this Island.

Excellent sandy beaches are found in many locations. Western beaches, such as those around El Cotillo, can experience strong surf. The beaches adjoining the extensive sand dunes east of Corralejo are popular, as are the more protected extensive sandy shores of the Playa de Sotavento de Jandia on the southeastern coast between Costa Calma and the Morro Jable. Naked sun bathing and swimming are the norm almost on all beaches.

Much of the interior, with its large plains, lavascapes and volcanic mountains, consists of protected areas, although there are organised tours and vehicular access across them.

And after a day of beach….

Like the rest of the Canaries, Carnival is traditionally one of the biggest festivals celebrated on the island. It is celebrated in different ways in all the towns during February and March. These festivities have a different theme each year. They include activities such as parades and galas to choose the carnival king.

There are many concerts and festivals held in the auditoriums, such as the Festival of Canarian Music. They are also held in smaller venues across the island, featuring bands such as Estopa, Van Gogh’s Ear, and King Africa.

Lebrancho Rock: in 2004, the Town Hall of Puerto del Rosario started this initiative for the growing number of local bands who had been performing in the area for years but had not had the chance to play at the same event.
Fuertemusica: like Lebrancho Rock, this festival aims to encourage the local or emerging groups. It started in the same year. This festival is mainly for groups that are already known in the music world. It takes place in El Cotillo.
In the municipality of Betancuria (more specifically in the village of Vega de Rio Palmas) held every year the festivities in honor of the Virgen de la Peña, patron saint of the island of Fuerteventura, the most representative is the pilgrimage in which are involved people from all corners of the island. The holiday is celebrated on the third Saturday of September.

Festival Internacional de Cometas/International Kite Festival is held on the second week of November each year centering on the Corralejo Beaches. It attracts kitefliers and kite surfers from all over Europe. It is popular because the winds are warm and constant and the beaches become filled with hundreds of colourful kites of all shapes and sizes.

Museums and exhibition spaces
The museum in Betancuria.

The island has several museums with different themes and plenty of exhibition spaces, both public and private. These include:

Sculpture park
In addition to the museums, the capital Puerto del Rosario has an open-air sculpture park consisting of around 100 sculptures by different artists scattered across the city. Most of them were created for the International Symposium of Sculpture celebrated annually since 2001. During the festival, artists come from all over the world to erect their sculptures in the open air, in full view of passers by.

Main sights
Sites of interest include Corralejo and El Jable to the north which are made up of fine sand dunes whilst the south is filled with long beaches and remote bays. The constant winds blowing onto the beaches provide a paradise for windsurfing. Surfing is common on the west and north coasts where there are large waves. Windsurfing is common around Corralejo and Playas de Sotavento and wave sailing (windsurfing on the waves) on the coast along the northern half of the island. El Cotillo is a small fishing village in the north-west of the Island famous for a very long beach to the south of the village and few very calm beaches to the north. The northern beaches frequented by snorkeling enthusiasts and sun worshippers alike are referred to as lakes by the locals.

The cuisine is fairly basic due to the customs and climate conditions. They share this simplicity with the other Canary islands, and similarly to them, they use a large quantity of fish. They also use whatever they can grow in the near-barren land. This includes papas arrugadas, a dish of wrinkled potatoes usually served with mojo, which is a hot pepper sauce or with puchero canario, a meat stew.

Seafood is prepared in many ways traditionally, such as pejines (salted fish), jareas, or sancocho (a type of stew) made from fish, generally the grouper,corvina or sama, boiled after salting, and served with mojo, potatoes, or gofio (a type of grain). People are also very keen on the mussels and limpets collected on the island’s coasts.

They also use meat such as beef and pork to make different dishes or simply to for braising, but their main meat is goat, both from the kids and from the older animals. They eat the goat roasted or stewed. Goats are not only useful for their meat – the Fuerteventurans also use the milk to make the cheese majorero, which has won many prizes. The majorero is mostly made of goats milk, and occasionally it is up to 15% ewes milk. It is cured in pimento oil or gofio meal. Majorero and palmero cheese are the only two Canarian cheeses with protected denomination of origin.

Canarian wrestling. The wrestling takes place in a ring of sand called the terrero. Inside it, the two contestants try to knock each other over. Fuerteventura has 14 terreros distributed through all the towns except Betancuria. Don’t miss it.

Iberinbound, incoming leisure travel agency specialized in Spain and Portugal, Shorex, Groups and also Groups ad-hoc by request, Luxury and VIP destinations iberinbound@iberinbound.com Our knowledge of the country and efficient negotiation with our suppliers ensures the best value for money for our clients. 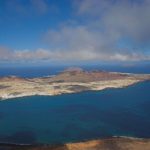 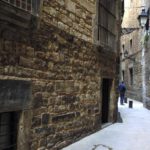