Figueres is the capital of the region of Alt Empordá in the province of Girona, Catalonia, Spain.
The birthplace of the worldwide artist Salvador Dalí. The Theater-Gala Museum Salvador Dalí, a large museum was designed by Dalí himself, attracting many visitors every year.

Although Dali was born in the inland Figueres, he spent a big part of his childhood in Cadaqués, a village 40 minutes away, coastal and in the middle of the bay in the north of the Costa Brava. Later he built his home in Port Lligat, that was the scene of his meetings with Pablo Picasso and many other painters and writers of his time.

Cadaqués has a special charm, with its white fishermen houses, still breathing the picturesque atmosphere that recalls the times in which Salvador Dali lived in the town.

Some magic of his art has been impregnated in the dynamics of its people and that Iberinbound, incoming travel agency in Costa Brava, iberinbound@iberinbound.com will become your dream trip.

It is a special destination to enjoy its beaches and the fresh fish sold at the fish market, when fishermen’s boats return at sunset.

From Cadaqués there is the possibility of visiting other places of interest around,  such as the castle that Dali gifted to his wife Gala, in Pubol,  in which even the smallest details of its interior decoration are preserved and which is exhibited as a museum today. 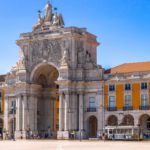