At Iberinbound Travel we are specialized in discovering special places for the enjoyment of travelers who trust us, taking care of all the details so that it becomes a unique experience, whatever the choice and taste of our customers. One of these preferred destinations at the time of organizing a group excursion, whether for pedagogical reasons, students guided by their teacher, friends groups who love the history, architecture and roots of a country or for the simple pleasure of enjoying the sensation of peace and beauty that emanates from the Royal Site of „El Escorial”. Iberinbound Travel, iberinbound@iberinbound.com leader in educational, pilgrimage, students, group trips as well as business meetings, Shorex, ad-hoc groups, invites you to discover and live this cultural experience.

The Royal Site of San Lorenzo de El Escorial commonly known as Monasterio del Escorial, is a historical residence of the King of Spain, in the town of San Lorenzo de El Escorial, about 45 kilometers (28 miles) northwest of the Spanish capital, Madrid . It is one of the Spanish royal sites and has functioned as a monastery, basilica, royal palace, pantheon, library, museum, university, school and hospital. It is situated up the valley (4.1 km) from the town of El Escorial.

El Escorial comprises two architectural complexes of great historical and cultural significance: the royal monastery itself and La Granjilla de La Fresneda, a royal hunting lodge and monastic retreat about five kilometers away. These sites have a dual nature; that is to say, during the 16th and 17th centuries, they were places in which the power of the Spanish monarchy and the ecclesiastical predominance of the Roman Catholic religion in Spain found a common architectural manifestation. El Escorial was, at once, a monastery and a Spanish royal palace. Originally a property of the Hieronymite monks, it had become a monastery of the Order of Saint Augustine. It was also a boarding school (Royal College of Alfonso XII).

Philip II of Spain (who reigned 1556–1598) engaged the Spanish architect Juan Bautista de Toledo to be his collaborator in the renovation and expansion of the complex at El Escorial. Juan Bautista had spent the greater part of his career in Rome, where he had worked on the basilica of St. Peter’s, and in Naples, where he had served the king’s viceroy, whose recommendation brought him to the king’s attention. Philip appointed him architect-royal in 1559, and together they designed El Escorial as a monument to Spain’s role as a center of the Christian world.

On 2 November 1984, UNESCO declared The Royal Site of San Lorenzo of El Escorial a World Heritage Site. It is a popular tourist attraction, often visited by day-trippers from Madrid – more than 500,000 visitors come to El Escorial every year.

Basilica
The basilica of San Lorenzo el Real, the central building in the El Escorial complex, was originally designed, like most of the late Gothic cathedrals of western Europe, to take the form of a Latin cross. However, the Roman dome is supported by ranks of tapered Corinthian columns, with their extravagant capitals of acanthus leaves and their elaborately fluted shafts, while the dome at El Escorial, soaring nearly one hundred meters into the air, is supported by four heavy granite piers connected by simple Romanesque arches and decorated by simple Doric pilasters, plain, solid, and largely unprepossessing. It would not be a flight of fancy to interpret St. Peter’s as the quintessential expression of Baroque sensuality and the basilica at El Escorial as a statement of the stark rigidity and grim purposefulness of the Inquisition, the two sides of the Counter-Reformation.

Palace of Philip II
Situated next to the main altar of the Basilica, the residence of King Philip II is made up of a series of austerely decorated rooms. It features a window from which the king could observe mass from his bed when incapacitated by the gout that afflicted him.

Hall of Battles
Fresco paintings here depict the most important Spanish military victories. These include a medieval victory over the Moors, as well as several of Philip’s campaigns against the French.

Royal Burial Vaults . Pantheon of the Kings
This chamber consists of twenty-six marble sepulchres containing the remains of the kings and queens regnant (the only queen regnant since Philip II being Isabella II), of the Habsburg and Bourbon dynasties from Charles I to the present, except for Philip V and Ferdinand SAW.

The sepulchres also contain the remains of royal consorts who were parents of monarchs. The only king consort is Francis of Asis de Bourbon, husband of Queen Isabella II and father of Alphonse XII. 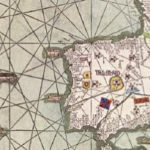