To enjoy a segway tour in Barcelona, you really need to know where to go and what to see. In a large city as enticing as the Catalonian capital, it can be hard to know how to plan your trip. Let us guide you through it!

Starting point 1 for a segway tour in Barcelona: Gaudí

Touring around Gaudi’s most famous buildings is a must on a segway tour in Barcelona. You can easily incorporate this into a broader city experience, but it can be enjoyed as a stand-alone tour. Starting at the Sagrada Familia, you can be amazed by how impressive the facade is. Bear in mind, it isn’t even finished yet! The towers are also dazzling and if you look closely enough, you can see the religious motifs and influences on display.

This house built for the Batlló family looms on the street like a mermaid’s castle. The entire exterior appears to undulate like waves and bizarre bubbles seem to pop up out of nowhere. The house itself seems to have stepped out of a fairy tale and it is well worth the photo opportunity. Sailing down the wide boulevards here is another must for a segway tour in Barcelona.

Moving down the Passeig de Gracia, which is one of Barcelona’s most famous streets, you can see this Gaudi masterpiece. The building is known as La Pedrera, as it appears to resemble a rather misshapen stone. Following on from the previous modernist styles of Casa Batlló and La Sagrada Familia, you can clearly see Gaudi’s style come into play.

Starting point 2 for a segway tour in Barcelona: The Gothic Quarter

This is one of the most important tourist routes in Barcelona and is extremely fun to visit on a segway. You can see the quaint alleys that lead off the main street, full of shops and restaurants. This is really the heart of Barcelona, as it is full of movement, sound and bustle.

The Cathedral of Barcelona

Many have controversially claimed that La Sagrada Familia is the new cathedral of Barcelona, but the original is still equally important. Right in the heart of the Gothic Quarter, the cathedral is the real emblem of Gothic Barcelona.

This square is a real hidden gem in the city and is the perfect place to catch your breath, during your segway tour in Barcelona. The plaza has a great smell, thanks to a nearby soap factory! Kick back and relax for a moment, in a quieter, hidden corner of the city. You can also finish off your segway tour of Barcelona, by seeing the old Jewish synagogue.

Starting Point 3 for a segway tour in Barcelona: Montjuic

Montjuic is the mountain (or large hill) overlooking Barcelona, with a rather antiquated but fun amusement park on top. The views over the city are incredible from up here. You can follow the coastline along the Barceloneta beach and see the spires of La Sagrada Familia piercing the sky. Montjuic is one of the largest parks in Spain, and it is the perfect place to relax after the ride uphill. The gardens are quite vast, so it is best to explore by segway. Here, you can also find the National Palace and the Magic Fountain, two important landmarks in the city. Enjoying a segway tour in Barcelona becomes second nature here, as there is plenty of space to ride along and enjoy the view. 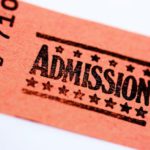 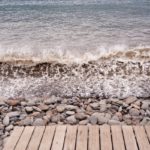