Taking Madrid, the capital of Spain, as a base, and after enjoying all the artistic and leisure offer, we can choose short, charming routes outside the capital and find ourselves in Castilla-La Mancha with all its pastoral reality.

ALMAGRO
In 1972 its historic center was declared a historical-artistic complex.
It is very possible that there was a settlement in the Bronze Age due to the indications found around the Master Houses and in places outside the urban center. During Roman times it seems that it was inhabited, according to the evidence of Federico Galiano y Ortega, who believed he saw an aqueduct during the works on the current Paseo de la Estación. Coins from that time have also been found, as well as a Roman tombstone that is exhibited in the Town Hall, from the Roman Bridge of Zuqueca, in Granátula.

Stately homes.
While walking through the city you can see many well-preserved portals of noble manor houses; thus, for example, in the main square, the Casa del Mayorazgo de los Molina and the Casa de los Rosales; on Carrer de las Nieves, the covers of the House of the Wessel (Fugger seizures) and the Casa de los Xedler (from whose original location, on Carrer Franciscas, it was moved here in the postwar period), both from the century XVI; At the end of this street, the Casa del Prior and the Casa del Capellán de las Bernardas.

Palaces.
There are several palaces that show the importance and enhancement that Almagro came to have, are the following.

Palace of the Marquises of Torremejía. It is located in the Plaza de Santo Domingo. It was built in the XVI century by the Oviedo family and reformed in the XVII by Gaspar Mexia and Catalina de Oviedo. Today it is the home school of the Dominican Mothers. Two-storey building built in whitewashed facing Toledo arranged around a central courtyard originally porticoed. In the main body is the cover of sandstone and limestone that presents two clearly differentiated bodies framed between columns; those of the inferior body are of Ionic style. The cover is finished with a heraldic shield that is superimposed on an eagle and the cross of Santiago.

Palace of the Counts of Valdeparaíso. Property of the Provincial Deputation of Ciudad Real. This palace belonged to Juan de Gaona y Abad, I count of Valdeparaíso since 1705, title granted by his marriage to Doña Aldonza Portocarrero and Félix de Aranda, at the hands of Felipe V. His son, Juan Francisco de Gaona y Portocarrero, occupied the positions of finance minister with Fernando VI and governor of the Finance Council from July 22, 1754 to December 8, 1759, date on which he went on to serve as ambassador to Poland. The two-storey building is built in Toledo facing, distributed around a porticoed courtyard with large Tuscan columns and footings carved with plant motifs, and flanked by two towers in one of which is the chapel covered by a cupola decorated with abundant plasterwork and shields on the pendentives. The cover is centered and is in the Baroque style framed by a trim with ear flaps and a rockery on the lintel. It is flanked by two Doric boxed pilasters surrounded by abundant plant decoration. In the upper body is the balcony, with a frame with garland-shaped ear flaps and flanked by family coats of arms and two vases. The shields are supported by putti and topped by the county crown on which angelfish are placed. The set is topped by a large broken molding under a scallop and contains an invocation to the Holy Family. The palace already existed previously, but it was remodeled at the end of the 17th century as it appears on its cover YEAR OF 1699. The building continued to be restored in the 18th century by Don Juan Francisco Ruiz de Gaona and Portocarrero, II Count of Valdeparaíso.

Medrano Palace. Located on Calle San Agustín, it was built in the 16th century by Jerónimo de Ávila. Three-storey building distributed around a central courtyard with two towers in the main body, made of masonry. The building was partially lost before the rehabilitation and during it the architectural-decorative elements that defined it belonging to the Renaissance style disappeared. In one of the towers it preserves some coffered ceilings with large beams and wooden shoes richly carved with the shields of the owners.

Palace of the Oviedo. Built by the Oviedo family in the 16th century. Of what was the palace, only the main body in which the hall is covered by a coffered ceiling remains, which gives way to the rest of one of the galleries in the courtyard supported on columns with footings. It is built in Toledo facing and preserves the cover made of sandstone and framed by two columns on which a lintel decorated with grotesques is placed and on this a balcony flanked by two sculptures covered by venera.

Palace of the Fúcares. Erected in the 16th century by the Fúcares or Függer to manage and store the mercury from the Almadén mines and the grain from the rents of the Maestrazgos. The façade is made of tapial brick and masonry and the building is organized around a central square courtyard in the Renaissance style and two galleries with brick arches supported by limestone columns, around which the different rooms are located. The first floor is made up of semi-circular arches supported by columns, the upper one being three-point carpal arches. A well is located at one end of the patio. The hall and staircase, of a conventual type, stand out, with their decoration in plasterwork, based on a string of eggs and arrows (typically Renaissance) and sea waves, influenced by the Palace of the Marquis of Santa Cruz in the nearby Viso del Marqués. The patio, originally, was stuccoed as the entrance hall and the staircase, but when acquiring it the City Council preferred to leave the brick exposed. After the departure of the Fúcares, at the end of the 18th century, it had different uses, being acquired by the City Council around 1984 and proceeding with its restoration. It is currently the headquarters of the Popular University of Almagro and one of the scenic spaces of the International Festival of Classical Theater.

Palace of the Villarreal-Robles or the Marqués de Las Hormazas. It was built in the 16th century. It has two floors distributed around an interior patio. It is framed by recessed pilasters and Ionic semi-columns; in the center of the lintel is the family coat of arms between rosettes and above it, two lions that flank the complex.

The Corral de Comedias is located in Plaza Mayor. Declared a National Monument on March 4, 1955, it maintains the original structure of the theaters of the 17th century and is the only complete one from that time, perhaps because it was also used as meson. It is a patio of about 300 m² surrounded by 54 straight feet of red colored wood (rust red) which, in turn, rest on stone bases to protect them from moisture. It has two floors with rooms and hooks for the curtain that had to defend against the sun and candles or oil lamps. In the patio there is a well located at the entrance where the lodge should have been to supply the spectators with refreshments. Currently, the Corral de Comedias continues to be used for the performance of plays at the International Festival of Classical Theater. It has a capacity of about three hundred people. 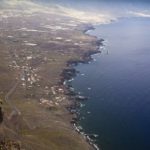