Throughout history, Spain has been the center of many culture influences by its proximity with Mediterranean Sea. From Arabic Christian and Jewish cultures; Spain is an accumulation of ancestral knowledge and folk music. However; the flamenco origins are more distant, the arrival of this art in Andalusia, came together the influx of the gipsy at the end of the fifteenth century in the south of Castilla.

The origin of flamenco is in the Andalusian region, which makes Seville one of the cradles of flamenco in Andalusia, an art that has become a tourist attraction in this city.

Iberinbound Travel, iberinbound@iberinbound.com incoming travel agency specialized in groups dedicated for many years to sell and offer cultural tours in Spain and Portugal where the protagonist of these tours are mainly the essence of the flamenco music. Iberinbound Travel offers you the experience to know and watch the richness of Spain culture and live a unique touristic experience.

Those who visit the Andalusian capital take advantage of their stay to see a flamenco show live in Seville, a highly recommended experience to enjoy the strength, talent, art and ·duende”, the spirit of a dance, a song and a music that is universal and has a series of curiosities that we are going to tell you.

Enjoy a live flamenco show
If you want to get involved in the atmosphere and discover this universal art, we recommend you watch a live flamenco show. If you visit Seville and need to enjoy a unique show in Andalusia, the performances have the seal of flamenco artists of recognized national and international prestige.

Flamenco is an original art of Andalusia, the result of the influence and miscegenation of various cultures such as gypsy, Arabic, Christian and Jewish. It integrates music, singing and dancing and, at present, this artistic expression is appreciated and practiced throughout the world.

Known for its great emotional intensity, for the waste of feelings that artists print in interpretations, flamenco was declared Intangible Cultural Heritage of Humanity by UNESCO in 2010.

As we indicated at the beginning, flamenco has its origin in Andalusia and its birth dates back to the 18th century. There is no unanimity about its denomination, but there is a theory that indicates that flamenco derives from the Andalusian term ‘fellah min gueir ard’, an expression that means something like ‘landless peasant’.

If there is a culture that is directly associated with flamenco, that is the gypsy, perhaps because it has been the one that has contributed most to the development of this art, although it has not been the only one, since it even includes African and Caribbean influences, in addition to the Arabs, Jewish and Christians that we mentioned above.

Flamenco, an expression of feelings
Can enjoy flamenco shows that are celebrated, for example, in tablaos, a place where attendees can learn first-hand the passion and emotions that this universal art possesses.

And if there is something that characterizes flamenco is its power to convey feelings, since originally the first flamenco’s used this art to express emotional experiences.

The flamenco lyrics are loaded with pain, joy, passion, anguish, love or heartbreak, among other feelings, feelings that are also reflected even in the name of some of these sticks such as ”soleá” or ”alegrias”. 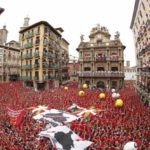 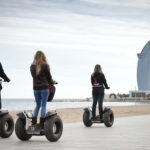