Madrid is the capital of the Kingdom of Spain and it most populous city .
Madrid has been occupied since prehistoric times, and there are archaeological remains of Carpetani settlement Roman villas, a Visigoth basilica near the church of Santa María de la Almudena and three Visigoth necropoleis near Casa de Campo, Tetúan and Vicálvaro, the first historical document about the existence of an established settlement in Madrid dates from the Muslim age.

Little medieval architecture is preserved in Madrid, mostly in the Almendra Central, including the San Nicolás and San Pedro el Viejo church towers, the church of San Jerónimo el Real, and the Bishop’s Chapel. Nor has Madrid retained much Renaissance architecture, other than the Bridge of Segovia and the Convent of Las Descalzas Reales.

Parks and forests
Madrid is the European city with the highest number of trees and green surface per inhabitant and it has the second highest number of aligned trees in the world, with 248,000 units, only exceeded by Tokyo. Madrid’s citizens have access to a green area within a 15-minute walk.
A great bulk of the most important parks in Madrid are related to areas originally belonging to the royal assets (including El Pardo, Soto de Viñuelas, Casa de Campo, El Buen Retiro, la Florida and the Príncipe Pío hill, and the Queen’s Casino). The other main source for the current ”green” areas like Dehesa de la Villa, the Dehesa de Arganzuela or Viveros.
El Retiro is the most visited location of the city.With and area more than 1.4 km2 (0.5 sq mi) (350 acres), it is the largest park within the Almendra Central, the inner part of the city enclosed by the M-30. Created during the reign of Philip IV (17th century), it was handed over to the municipality in 1868, after the Glorious Revolution. It lies next to the Royal Botanical Garden of Madrid.
Other urban parks are the Parque de El Capricho, the Parque Juan Carlos I (both in northeast Madrid), Madrid Río, the Enrique Tierno Galván Park, the San Isidro Park as well as gardens suchs as the Campo del Moro (opened to the public in 1978) and the Sabatini Gardens (opened to the public in 1931) near the Royal Palace.

Art
Madrid is considered one of the top European destinations concerning art museums. Best known is the Golden Triangle of Art, located along the Paseo del Prado and comprising three museums. The most famous one is the Prado Museum, known for such highlights as Diego Velázquez’s Las Meninas and Francisco de Goya’s La maja vestida and La maja desnuda. The other two museums are the Thyssen Bornemisza Museum, established from a mixed private collection, and the Reina Sofía Museum, where Pablo Picasso’s Guernica is exhibited, returned to Spain from New York after more than two decades.

Nightlife
The nightlife in Madrid is one of the city’s main attractions with tapas bars, cocktail bars, clubs, jazz lounges, live music venues and flamenco theatres.

Nightlife and youth cultural flourished in the 1980s while Madrid’s mayor Enrique Tierno Galván (PSOE) was in office. At this time, the cultural movement called La Movida gathered around Plaza del Dos de Mayo. Nowadays, the Malasaña area is known for its alternative scene.

Some of the nightlife destinations include the neighbourhoods of Bilbao, Tribunal, Atocha, La Latina, Usera, Barrio de las letras, Alonso Martínez or Moncloa, together with the Puerta del Sol area (including Ópera and Gran Vía, both adjacent to the popular square) and Huertas (Barrio de las Letras), destinations which are also filled with tourists day and night. The district of Chueca has also become a hot spot in the Madrilenian nightlife, especially for the gay population. Chueca is known as the gay quarter, comparable to The Castro district in San Francisco.

The neighbourhood of Malasaña, as well as Antón Martín and Lavapiés, hosts several bohemian cafés/galleries. These cafés are typified with period or retro furniture or furniture found on the street, a colourful, nontraditional atmosphere inside, and usually art displayed each month by a new artist, often for sale. Cafés include the retro café Lolina and bohemian cafés La Ida, La Paca and Café de la Luz in Malasaña, La Piola in Huertas and Café Olmo and Aguardiente in Lavapiés.

The Teatro Real is the main opera house in Madrid, located just in front of the Royal Palace, and its resident orchestra is the Madrid Symphony Orchestra. The theatre stages around seventeen opera titles (both own productions and co-productions with other major European opera houses) per year, as well as two or three major ballets and several recitals.

The Teatro de la Zarzuela is mainly devoted to Zarzuela (the Spanish traditional musical theatre genre), as well as operetta and recitals. The resident orchestra of the theatre is the Community of Madrid Orchestra.

The Teatro Monumental is the concert venue of the RTVE Symphony Orchestra.

Other concert venues for classical music are the Fundación Joan March and the Auditorio 400, devoted to contemporary music.

Bullfighting
Madrid hosts the largest plaza de toros (bullring) in Spain, Las Ventas, established in 1929. Las Ventas is considered by many to be the world centre of bullfighting and has a seating capacity of almost 25,000. Madrid’s bullfighting season begins in March and ends in October. Bullfights are held every day during the festivities of San Isidro (Madrid’s patron saint) from mid May to early June, and every Sunday, and public holiday, the rest of the season. The style of the plaza is Neo-Mudéjar. Las Ventas also hosts music concerts and other events outside of the bullfighting season.

Gastronomy.
In Madrid, locals have long been a place of food and lodging for foreigners who came to visit the Court. At first they were taverns, giving way later to cafes and restaurants, putting the modern era bars and cafes. In all of them were placed and served much of the dishes of the culinary Madrid.
The gastronomy of Madrid has the culinary traditions of the initial population when Felipe II created the capital, and later of the towns of his own province that were contributing their food to the kitchen of the city of Madrid. It is common to see how the typical smell of Madrid cuisine is that of vegetable oil frying: churros (made in churrerías), Roman squid, potato omelette, squid sandwiches served in bars, White potatoes, chopitos, etc. Bars and restaurants give off this smell through the streets at almost any time of day. According to some authors, Madrid is the fruit of the rush of taverns, of fast-made dishes and showing flavors to be accompanied with wines from the region. Many of the dishes that have the denomination ”a la madrileña” originate from the tascas and taverns of Madrid.

The consumption of fish and seafood is quite high, and it is not surprising that many of Madrid’s typical dishes include seafood. Some examples of this are salted cod, which today has specific stores for sale (not being difficult to find in grocery stores); the sea bream, the squid, which are present as frying in some preparations; sardines (which are grilled or salted); tuna in crumbs; the trout; etc.

For a long time now, City Breaks have been a popular way of travelling. A long weekend or just a few days in a different city and a different country can change one’s perception of the daily life completely and push it with new energy and ideas.

This is why in Iberinbound, incoming travel agency specialized in Spain and Portugal, iberinbound@iberinbound.com have created an extensive catalogue of products offered in the most attractive places in Spain or Portugal. A cultural trip, a romantic weekend, a stag party, a relaxing break, a gastronomic visit, a conference or company meeting, a concert, a trip with friends, whatever reason there is – we can create a tailor-made program for all needs. 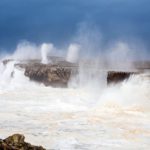