Senses are heightened in Pamplona, capital of the fiercely independent Kingdom of Navarra and home to one of Spain’s most famous and wildest festivals: The first and second week of July, Pamplona is the protagonist of one of the most significant popular celebrations of Spain, San Fermin. Thousands of people come every year to Pamplona to experience the risk and excitement of its popular confinements, forever immortalized by Ernest Hemingway in his novel “Fiesta”. Many tourists are part of this great celebration and they take home the vibrant energy of the Spanish culture, which highlights both in the European and American continent.

Also known as the feast of the bull, the festival of San Fermin is characterized by the bullfight around the whole city. All starts on July 6 to 12 of morning, all people are in the town hall square, eager to give begin this traditional celebration, dressed in white suit and red typical, among rivers of beer and wine with tissue aloft, as well as its festive spirit.

From the balcony of this representative building, a rocket that marks the beginning of one of the most expected weeks of the year is known as “el chupinazo”. The first closure takes place the next day at 8 o’clock in the morning; the doors of the Santo Domingo corral are opened and hundreds of people run in front of bulls following the route through the old town that leads to the bullring. The following days pass with more than bullfights; we can also enjoy concerts, exhibitions, dance, music and parades.

Yet even when the bulls aren’t thundering down the cobblestones through the centre of town, Pamplona makes a fascinating place to explore. With its grand cathedral, archaeological treasures and 16th-century fortifications, there’s much history hidden in these atmospheric medieval lanes. And with its lush parks and picturesque city centre full of vibrant eating and drinking spots, trying some of the delicious tapas (or pinchos as they’re known locally) in the bustling old part of town; visiting historical monuments; shopping; going to see first-class shows; or watching traditional sports such as pelota…it’s easy to see why so many – Hemingway included – have fallen under Pamplona’s spell.

The town also sees its fair share of pilgrims arriving on foot along the Camino de Santiago, a tradition that dates back many centuries.

Traveling to Pamplona and enjoy their traditions now is possible with the help of Iberinbound Travel, iberinbound@iberinbound.com incoming travel agency specialized in Spain and Portugal, which is responsible for transferring to the city and all reservations within it. From organizing the accommodation in the city to make the reservation of tickets to see closest the bullfights. Also, they do cultural folk tours where you can learn and feel connected with the Spanish culture. 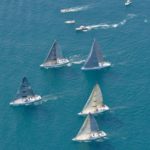 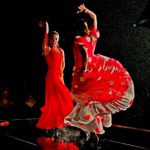