There are few cities like Valencia, able to harmoniously combine the remnants of its farthest past, dating to the year 138 BC, with the most innovative and avant-garde buildings from the new millennium. Valencia is trade and culture, cinema, theater, museums, magic, business. It is the center of international and avant-garde design, and one of the most active cities in Europe regarding fairs and conferences. Thanks to its location, Valencia has historically been Spain’s Mediterranean port and has that special charm of cities that are also seaports. And the fine sand and clean water, the vastness of the sea and the closeness of the coastal mountains make the Valencian coast uniquely attractive. The port city of Valencia lies on Spain’s southeastern coast, where the Turia River meets the Mediterranean Sea. It’s known for its City of Arts and Sciences, with futuristic structures including a planetarium, an oceanarium and an interactive museum. Valencia also has several beaches, including some within nearby Albufera Park, a wetlands reserve with a lake and walking trails.

Established in Roman times, Valencia has buildings dating back hundreds of years, including medieval city gate (and former prison) the Serranos Towers. The 16th-century Silk Exchange was built when the city was a wealthy and powerful mercantile hub. Opposite stands the vast Mercado Central (a covered market), built in 1914. In the medieval center, Valencia Cathedral is home to a 1st-century holy chalice and the octagonal Miguelete bell tower. The Turia Gardens form a green ribbon linking the Bioparc Zoo with the port and Malvarrosa Beach. The Museum of Fine Arts houses works by El Greco and Goya.

Valencia offers all kinds of fun and leisure alternatives for young people. During the Fallas festival there is a program of activities that are specially designed for young people, such as concerts at night which take place in the Viveros Gardens.

Thanks to its mild Mediterranean climate, Valencia is a city where nightlife is lived to the full. There are many places to enjoy the lively atmosphere: from different bars, pubs and discos, to many clubs that have appeared on the seafront and have turned La Malvarrosa beach and the promenade into an important leisure area.

If you prefer, some of the most famous albums in Spain are in the province, especially on the route from Valencia to Cullera, situated next to the beach. The old course of the Turia River opens up for young people to enjoy one of the largest leisure areas in the capital. The Turia Gardens can be visited on foot or cycling, and the sports facilities there can also be used. Here you will also find the Arts and Sciences Center, a place of leisure and culture where young people will be able to enjoy the 3-D films at the Planetario-L’Hemisfèric, visit the installations at the Prince Felipe Science Museum, and marvel at L’Oceanogràfic, Europe’s largest aquarium.

Gastronomy
Savor the taste of the market gardens and the sea. Enjoy food in a healthy way. This is the first proposal in the Mediterranean diet, which was awarded the UNESCO Intangible Cultural Heritage designation. Based on the consumption of olive oil, vegetables and fresh seasonal products, the Mediterranean diet is an example to follow as far as eating is concerned – as well as being recommended by the doctor, it is extremely tasty. Come and discover it in this fantastic corner of Spain, Valencia, – it is one of its best-known features.

Paella is the typical dish of Valencia and the best known in Spain.

It represents the triumph of the flavors of the market gardens, the sea and the mountains, combined to produce an excellent result, which can vary every time – there are so many types of paella that you can enjoy a different one every time, and even if you spend a long time in Valencia, they will always be different.

Also the opportunity to attend cooking workshops where you will learn to cookm a real paella by the hand of a specialized chef.

Iberinbound Travel, iberinbound@iberinbound.com incoming leisure travel agency specialized in Spain and Portugal, Shorex, Groups and also Groups ad-hoc by request, Luxury and VIP destinations.Our knowledge of the country and efficient negotiation with our suppliers ensures the best value for money for our clients . 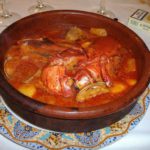 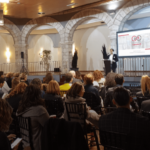