Since ancient times there has been a route drawn between mountains, valleys and plains, which connects the north and south of Spain, in whose lower basin of the Guadalquivir the first great western culture flourished, under the mythical monastery of Tartessos, at the end of the Age of Bronze. Due to the great mining wealth, the area acquired great significance as a producer of precious metals. When the Romans invaded the Iberian Peninsula, in 218 BC, they gave great importance to the roads to cover the entire territory, having been the Vía de la Plata, a road that connects Gijón with Seville through Astorga, León, Zamora, Salamanca and Mérida, one of the most important. The Vía de la Plata was the cornerstone, from the 1st century to the 19th century, on which new roads and highways were built, and during the Middle Ages it became important with the canyons, which the Mesta used to move its transhumant herds. For this reason, the Vía de la Plata route is an exceptional historical-artistic legacy for art and civilization that were created in its path, raising cities, circuses, temples, aqueducts, bridges, arches and fortresses, in addition to promoting the development of a rich traditional architecture, folklore, crafts …
The route begins in Seville, the old Hispalis. From there, passing through the ruins of Itálica, the ancient city of Roman Betica, the route takes us, through Zafra and Almendralejo, to Mérida, the so-called Hispanic Rome. Continue towards Cáceres and Plasencia. Already in the lands of Castilla y León, the road enters Béjar and Salamanca. Always to the north, we will reach Zamora and, through cereal fields and lagoons, to Benavente and, from there, to Astorga and León. Campomanes and Pola de Lena are the first Asturian landmarks that will take us to Oviedo and Gijón, the end point of the long journey.

All the towns that are part of the route (some are World Heritage Cities such as Mérida, Cáceres and Salamanca) have monuments that will catch your attention. Due to the origin of the route you will find especially a large number of Roman remains such as walls, Roman villas, mosaics or milestones as well as museums dedicated to this type of pieces. Landscapes are not far behind in terms of beauty. In fact, the route passes through three Biosphere Reserves and two National Parks: that of Doñana in Andalusia and that of Monfragüe in Cáceres. And between stops and stops we cannot forget to “refuel”. Gastronomy is one of the strengths of this route where you can try everything from Asturian fish and seafood to Castilian roasts. Asturian bean stew, roast lamb, Iberian ham and gazpacho could be the four recipes and star products of this tour.

“The Silver Route in motorcycle”.
If Americans boast of their Route 66, we have a highway that, along almost 1,000 kilometers, 4 autonomous communities and 7 provinces, creates a fabulous itinerary: in its course you find several World Heritage cities, mythical ports of mountain, innumerable artistic and monumental manifestations of the first order and a changing nature that goes from the fields of Andalusia to the elevations of the Cantabrian Mountains, passing through the pictorial horizons of the Castilian plateau. We are, without any doubt, before one of the most complete and varied routes to do on motorcycles, not on a seasonal basis, but practically 365 days a year. The Vía de la Plata Route is one of the great references of European motorcycle tourism.

Based in Barcelona, we are a medium-size incoming agency who cater for those who expect the very best of everything and appreciate the extra touches that make a great tour even greater. Our knowledge of the country and efficient negotiation with our suppliers ensures the best value for money for our clients. 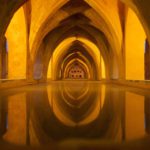 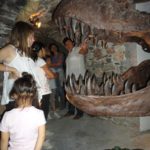